Should An Academician be Independent?
43 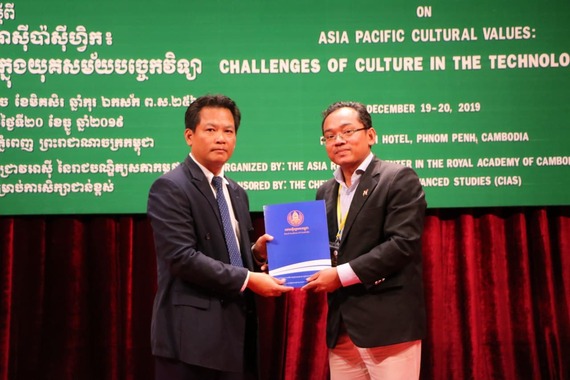 An academician is a member of an academy, which is an organization dedicated to preserving and developing a particular art, science, or language, or a school that teaches a specific subject or prepares people for a specific job.

Independence refers to the freedom from being governed or ruled by another country, as well as the ability to live your life without the assistance or influence of others. Independence, on the other hand, is a state in which a person, nation, country, or state's residents and population, or a portion of it, exercise self-government and, in most cases, sovereignty over its territory. The status of a dependent territory is the polar opposite of independence.

Many questions have been raised about an academic's decision-making process and stance in society. Many people have asked whether an academic should get involved in politics or join a political party.

In June of 2019, there was a discussion forum at the Penang Institute in Malaysia. During the discussion, one speaker mentioned his work as a government advisor for one political party, as well as his status as an academician in his home country, prompting a few participants to question the morality and stance of academicians. Is it necessary for an academic to be self-sufficient? What should be the moral stance of an academician?

Citizens of Cambodia, as well as some citizens around the world, want academicians to be self-sufficient. We might ask, in which circumstances should an academic be considered independent?

Since they were born, everyone's dream has been to get a good job or to be wealthy when they grow up. Depending on their skills and careers, people will work in various positions. Diplomats, teachers, professors, researchers, workers, waiters, farmers, advisors, and others are among the professions represented.

Because it is their role to make money to support their lives, people with high knowledge or specific skill will advise their group members on strategies or how to defeat their enemies. We can't expect one advisor to be impartial, because advisors are always biased in favor of the person who pays their salary or modern materials in society. Nature's reality on this planet is as follows.

Everyone is biased in favor of their own advantages! Only permanent interests exist; there are no permanent enemies or friends.

People will gossip about others whether it is true or not, they will talk if it benefits them, and some will criticize everything they see. We can't find specific situations in which to judge a person's morality. Buddhist monks who are worshiped as gods by Buddhists have committed bad karma, lied about their discipline, and even cheated in their preaching in order to profit from their followers. Some people with a Ph. D., the highest academic title, lie or are unable to open their minds in order to spread good ideologies in their society.

To themselves, everyone is biased. Every country is biased in favor of its own interests.

What is the issue with Cambodian academics?

Many Cambodian students received scholarships to study abroad after the Khmer Rouge regime fell apart, including in the United States, Japan, Australia, Canada, and ASEAN countries. After graduating from universities, some Cambodian students return home, while others remain abroad until now.

Some scholars who graduated from universities outside of Cambodia work very effectively in Cambodia, while others are unable to work in harmony in Cambodia because they believe their foreign certificate is superior to that of Cambodian students. There is significant discrimination between those who graduated from universities outside of Cambodia and those who study in Cambodia. One university in Phnom Penh announced a few years ago that they were looking for lecturers to teach at their institution, with the following acceptance criteria: Master from Cambodia are not accepted.

Those with a foreign degree can sometimes become snobbish, unwilling to work cooperatively with Cambodian graduates. In fact, some Cambodian students who graduated from universities with poor quality, but not all Cambodian students who graduated with poor quality. Graduates from abroad typically speak fluent English, Russian, and French, among other languages. We should, however, respect those who work hard to obtain an academic certificate from anywhere in the world.

Cambodia is one of the countries where students or researchers can easily access the internet to learn about a variety of topics related to their classes or homework if they can read English or a foreign language. However, there are some skills that Cambodian students cannot compare to students who study abroad, such as subjects related to technology.

Overall, we cannot expect independence from academicians or high-ranking officials, morality or perfection from Buddhist monks or priests, or those with a Ph. D. degree, because everyone will be and always be biased in favor of their families or nations. People should be aware of themselves, understand their circumstances, and work to overcome obstacles that they face.

( Dr. Seun Sam is a researcher at the Royal Academy of Cambodia. All views in this article are his own). 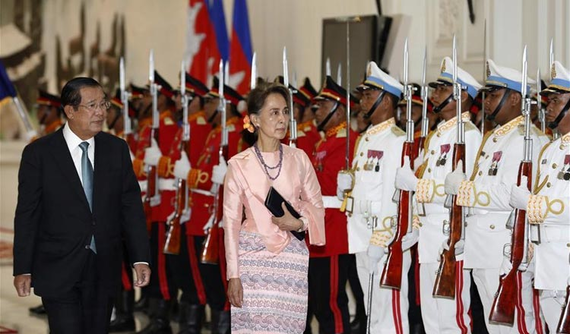 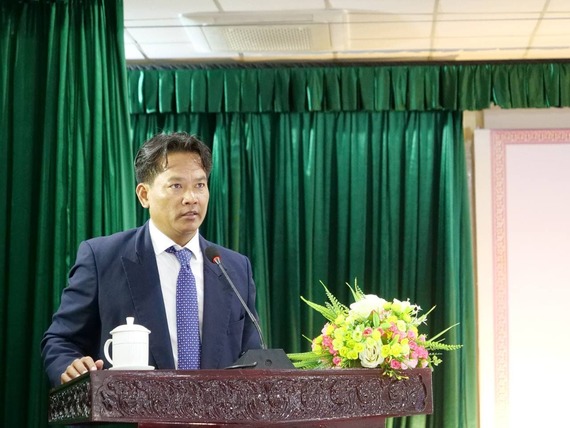 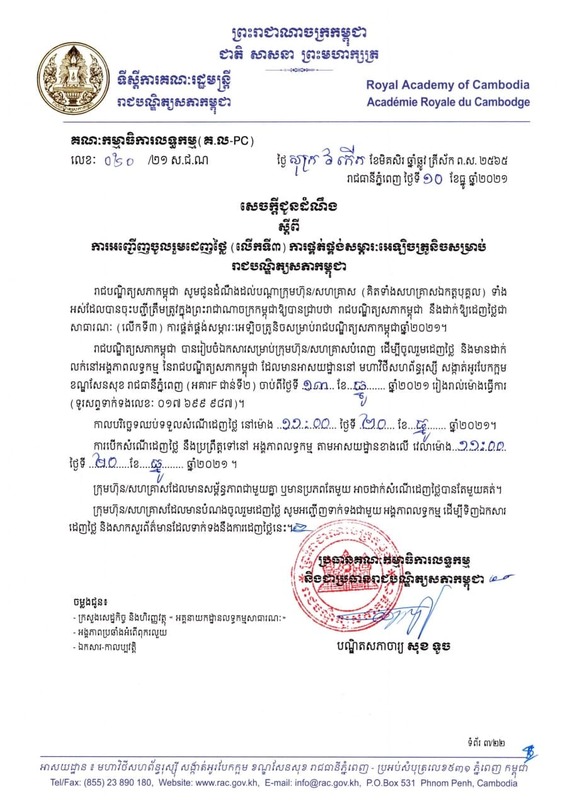 Should Korea seek assistance from ASEAN?
While the Republic of Korea (ROK) is one of the world's wealthiest nations, the Democratic People's Republic of Korea (North Korea) is still a developing nation. The two Koreas share the same 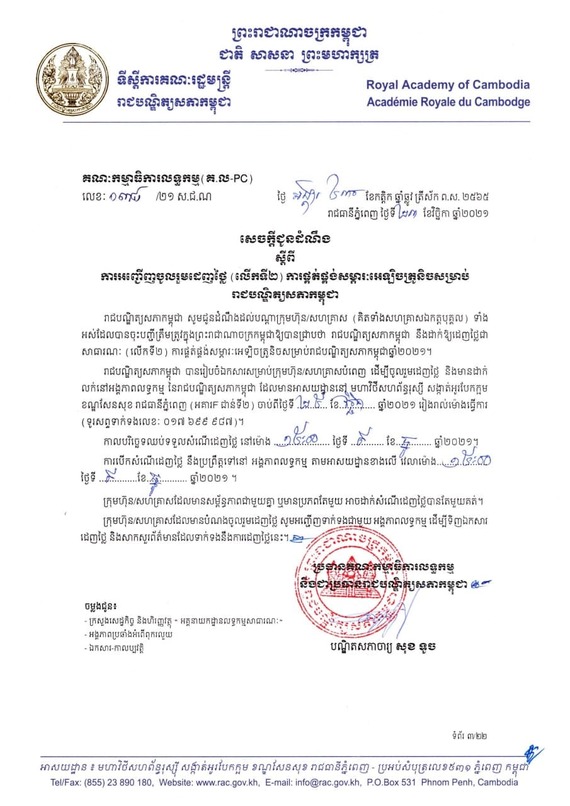 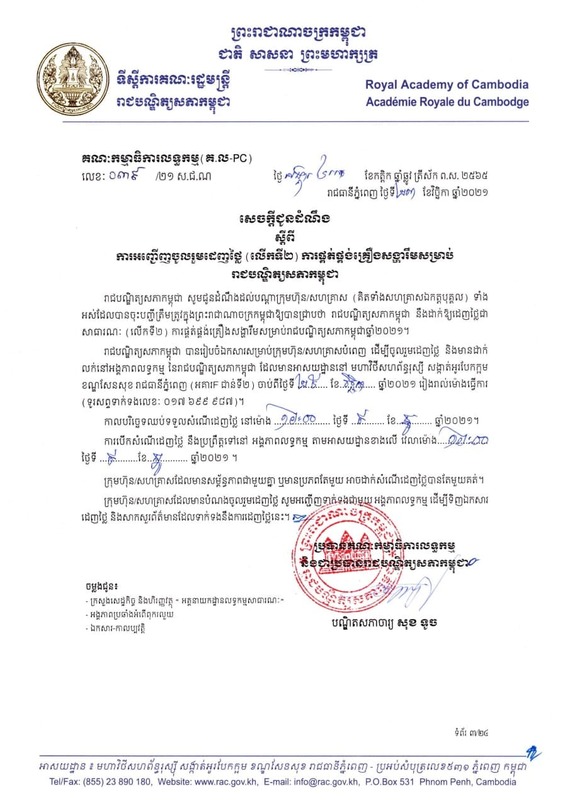 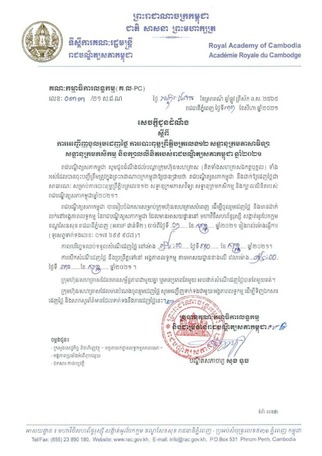 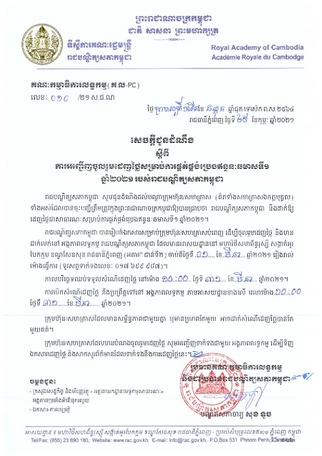 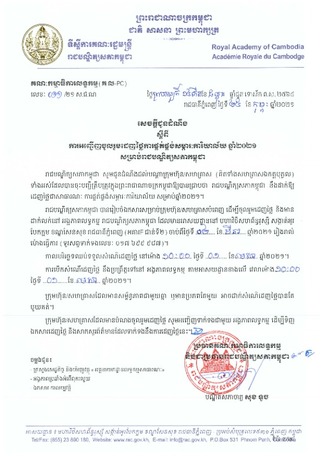 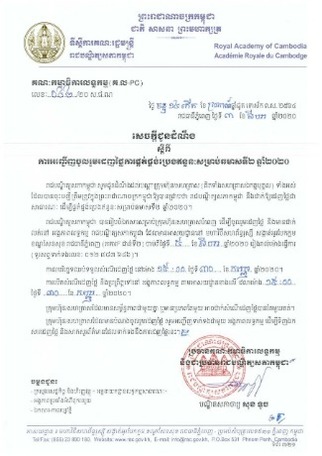 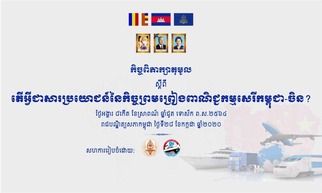 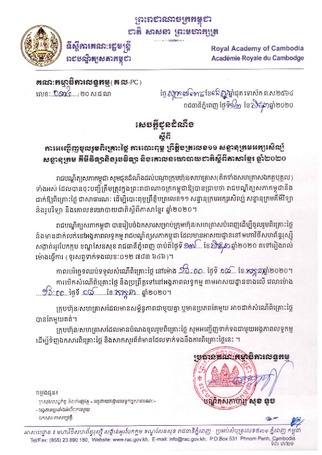